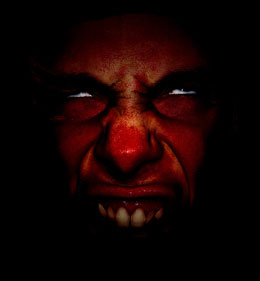 We are all of us haunted by demons. Most of these demons are trivial, figurative demons (like self-doubt or chronic alcoholism), but this is not the only type of demon. No, there also exists a significantly less benign demon: Evil spirits who seize control of our bodies and bend them to the Archfiend's will.

This guide is concerned with only the latter type of demon, so those of you who've come here seeking advice on how to overcome personal demons (like a fear of flying, compulsive overeating, or the fact that Sixpence None The Richer's 1998 hit single "Kiss Me" has inexplicably been playing on a loop in your head for the past fifteen years) would do well to look elsewhere for assistance because this guide only covers demons of the supernatural variety.

So less "Doctor Phil" and more "Sweet little girls hefting grown men over their heads and tossing them through plateglass windows, middle-aged men scrawling glyphs upon the walls in their own excrement while gibbering in elder tongues, and kindly old grandmothers scuttling into your room late at night on dislocated limbs and unhinging their jaws to disgorge huge clouds of bees that swarm down your throat and eventually you choke to death on them because who could even breathe through all those bees?". 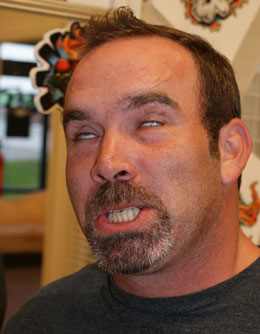 MIO (Malign Infernal Occupancy) is a serious spectral infection usually affecting the mucous membranes of the human soul. A typical mid-tier possession is usually accompanied by a number of relatively mild symptoms such as sore throat, cough, swollen glands, and hyperhidrosis (excessive sweating); but the hallmark sign of MIO is the thick sheets of viscous, shimmering ectoplasm violently expelled from the victim's mouth at regular intervals.

WHY WAS I POSSESSED? 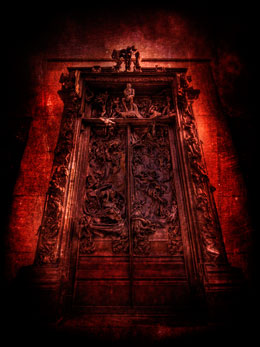 The first question a person often has upon realizing that their body is being controlled by a demonic spirit is: "Why Me?" I would answer this question with another question: "Why Not You?" We are all sinners according to The Holy Bible and the Muslim Book of Muslims, and unfortunately, the bodies of sinners are the favored vessels of demons.

Even if you don't believe you've ever sinned, you have. For example: Have you ever picked up a penny off the sidewalk? Looked at another man's wife or daughter? Read from a book or magazine in the store without paying for it? Of course you have, and I hate to break it to you, but what you've done is called stealing, and last time I checked: Stealing is a sin. You may think, "What's the big deal? I picked up a penny!" but you have to remember that in God's eyes, stealing a penny (or a glance at a woman/book that you don't own) is no different from murdering a child, gambling, or committing check fraud.

So to answer your original question: "Sin is why you were possessed". Demons must draw upon the darkness that lies deep in the heart of sinners in order to survive. Without sin, a demon will simply shrivel up and die.

But while it's true that you can't prevent possession altogether, you can reduce the odds of your becoming possessed by avoiding places in which demons are known to congregate. Don't ride the subway. Don't ride the bus. Don't take a taxicab or go outside. Don't frequent demon-friendly establishments (discotheques, non-catholic universities, sex clubs, rock & roll shows, etc) and if you hear about a party where there is going to be demons, don't go.

CASTING OUT THAT DEMON 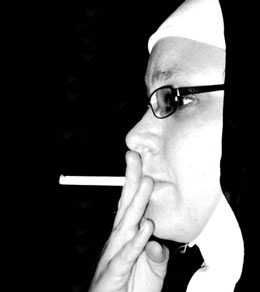 Many who fall under the thrall of a demonic entity eventually decide it's not really for them. Unfortunately, demons are notoriously stubborn and usually will not leave a body of their own accord. In cases like these, most people's first instinct is to run to the phone directory and call-up their local exorcist. Certainly there's nothing wrong with this approach, but it is important to note that a thorough exorcism performed by a fully licensed and bonded Catholic exorcist is extremely costly.  And while it's true that many of the larger exorcism firms do offer some sort of financing, the fees and interest rates on these plans are often outrageously high.

So before you take out a second mortgage and call in the pros, why not try casting-out that mean-old demon on your own? It's easier than you might think!

When speaking with demons, our first instinct is usually to scold or curse at them on account of all the mischief they've caused. This is counterproductive, to say the least. Since darklings feed on negative energy, insults often have the effect of emboldening them. Some elder demons even derive sexual pleasure from it. Suffice it to say that when dealing with Dark Ones, it's probably best keep one's negativity to oneself. Unless of course one is fond of helping mephistophelian hellbeasts get their rocks off, in which case one should feel free to go right ahead.

And anyway, even if you did somehow manage to piss off a demon, it's not like it'd just throw up its ethereal hands and leave. If anything it's probably stick around longer out of spite.

My point here is: Why not try some compassion? Politely ask the demon to leave. They may very well say no, but at least you will have tried.

If the spirit still refuses to leave after you've asked nicely, you're going to need help, so you may as well assemble a posse. I'd suggest four virginal Christian men who are stout of heart, sound of mind, and pure of spirit.

Like undercover narcotics officers, demons are obligated by law to reveal their true identities upon request. Unfortunately, many demons use the near-anonymity of a possession as an excuse to flout the rules. But know this: If a demon refuses to provide you with its name upon request (or gives a name you know to be false) they are violating FCC guidelines and could face punishment (up to and including termination).

If you feel a demon may be lying to, ask to speak their a supervisor. If they refuse, simply record their phone number, the time of the call, and any other information that might assist federal investigators in tracking down and citing this creature.

Take turns reading passages from the bible to the possessed person. Almost any portion will do, but try to stay away from the Old Testament, as this will usually be a demon's favorite part. It's best to stick to those overlong, draggy New Testament passages that drone on about love and faith and bread being handed out to lepers, etc. Many demons will become so annoyed at having to listen to these passages that they will simply de-posses the person and leave the room rather than sit through another second of it.

5. Douse The Victim in Holy Fluids

If there's one thing an evil spirit hates more than anything, it's holy liquids. So it stands to reason that pouring these types of things over the possessed person would be a good way to drive a demon from their body. Now you might be wondering: "Just what exactly constitutes a 'Holy' Fluid?" The official answer to this question is not entire entirely clear, but the Catholic Church defines "Holy Fluids" as "any liquid which is excreted or discharged from an orifice belonging to a figure of religious significance."

So the tears of a Pope, for example, would be considered an excellent holy fluid. They would likely be extremely effective in driving-out any of your lesser demonic entities (up to and including hobgoblins).

Obviously it's unlikely that you have access to pope's tears though, so here are just a few more examples of holy fluids which would be appropriate for exorcisms:

WHEN ALL ELSE FAILS 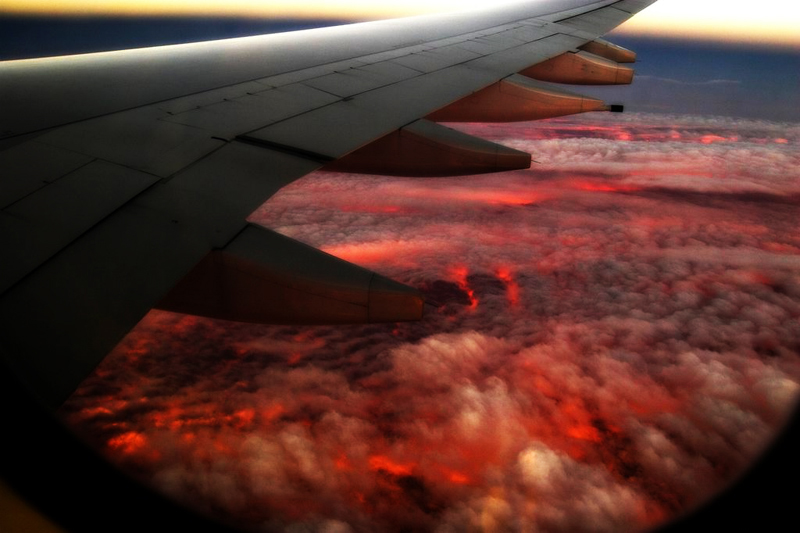 I'm not gonna lie: If a professional exorcism is out of your price range and an at-home exorcism proves ineffective, you're probably screwed. Realistically, you are probably not going to get rid of that demon. I'm not saying it's impossible or anything, but it's highly unlikely.

I mean, listen: Demonology is still a relatively new field of study; you can't expect it to provide all the answers right away. It just isn't realistic. I think all you can really do is take matters into your own hands and test various exorcism methods. Get creative! Move to sunny southern California, sleep in a church, listen to Christian rock incessantly, I don't know.

Ooh, how about this? You could try putting yourself into a coma. That might work. It seems like demons need a lot of mental stimulation, so maybe it'd eventually get bored of haunting your comatose body and leave. A full-body cast might even be enough. Maybe try that out and let me know how it goes.